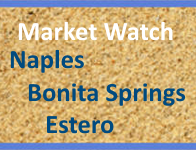 The seasonal inventory activity is true to form. Year-after-year the inventory peaks in January and begins its decline in February and continues to drop at about 3%-6% per month until October when we will see the first uptick for the year. If you didn’t see the January 2015 report, there was an anomalous inventory bump-up in October 2014 and what follows is my view of what occurred.


The very early (October 2014) pre-season bump I attribute to the rising market, pent up demand for sellers looking to up-size, down-size, or perhaps buy that new construction dream home in one of the more than 60 developments offering new construction product and/or in a new community. New construction inventory as represented in the MLS is now double what it was one year ago, 14% now versus 6%-7%.

January 2015 saw a large increase in the average price paid for a home, up 17% from December 2014. February stayed on par with a 1% increase but March 2015 pulled back about 3% from the previous month. However, when looking at the same period sales one year ago March is up a whopping 20%. The past six month’s year-over-year average sold price data saw increases from 2% to 27% each and every month.

Don’t Forget the PIZZA oven for the outdoor kitchen
January 28, 2015